This is why we do what we do.

We work with and for our clients to provide them the best mortgage options to help them achieve and maintain home ownership.

“My fiance and I were looking into buying our first home and his sister referred us to Sean at Global Mortgage. We ended up working with Matt and Jamie who were awesome at explaining everything to us. They broke down numbers for us, explained how loans work, which ones might be the best fit for our situation, and answered any and all of our questions. They referred us to our Realtor who was absolutely amazing. As first time home buyers this was a big deal to us and we wanted to make sure that we were making the right decisions and understanding everything in its entirety. They made it easy for us to understand and they explained to us all of our options. When we found a place that we were interested in, we would just email Matt & Jamie and they would get right on it, calculating the numbers and then emailing us back with the breakdown. While in escrow we were assisted by Aryn and Sarah who are also amazing. Giving us weekly/daily updates on our status and showing us a timeline of what we have completed and what we have left to accomplish. They were both very responsive to our questions and gave us great resources. Literally, any question we had, we knew we could call on them to help us understand better, and they didn’t mind at all. They were very patient, kind, and knowledgeable. We could not have asked for a better team. Just like my fiance’s sister, we will be referring our friends and family to Global Mortgage and going back to them for future needs. Thank you so much, Matt, Jamie, Aryn, and Sarah for all your hard work and help in getting us our first home ” – Alexis & Scott

“Sean and his team were super helpful for us when we were working with one of our employees on qualifying for her first real estate investment. Sean and Matt took the time to work with her even though she had never purchased a home before. The helped her develop her financial goals and guide her in the right direction so that she will be able to purchase a home sooner than she ever thought possible. It shows a lot about Sean and his team’s character that they are willing to help the little guy! Awesome job guys, you just earned customers for life!”  – Craig D.

“We have been lucky enough to work with Jamie from Global Mortgage twice, including the first time we ever bought our own home. For two people who had absolutely no idea what we were doing, Jamie really made everything a breeze both times. To be honest, Global Mortgage was the best part of both sales. I felt like I could always call Jamie or email him and get a quick and helpful response. I feel like everyone in the office goes above and beyond what they need to do to make sure you understand all your options and are in the loop. They email you weekly with the current loan status, and help you remember everything you need to sign or send back. Both Aryn and Sarah were extremely responsive. We will definitely use this company again if we need another mortgage. Highly Recommended!”  – Kelly T.

SEAN AND HIS TEAM ARE AMAZING!

“Sean and his team are amazing! Global Mortgage took the time to discuss our finances from a broad perspective so we could better select a home based on a more sensible fiscally responsible approach.  This is something we had not experienced with the other mortgage companies  we had used in the past.  We highly recommend Global Mortgage as a smarter approach for your mortgage needs.”  – John W

THESE GUYS ARE THE BEST

“Sean and Aryn have helped me with a couple of mortgage refis. They handled everything from beginning to end without missing a beat. Any problems that came up — they were able to come up with effective and logical solutions, eliminating any stress from my side. These guys are the best. Global Mortgage is the place to go” – Susan Gotz

I CAN NOT GIVE A HIGHER RECOMMENDATION

“Thanks to Sean and his capable team, my wife and I were able to do a refinance of our conventional mortgage and take advantage of the recent record low rates. However, don’t let the word “conventional” fool you, as our situation was anything but. Having just moved to sunny San Diego from Canada in the middle of 2011, we were able to accumulate only a short – albeit pristine – credit and employment history in the US. The only way we were able to secure a mortgage in the first place was through the home builder (and at a less than favourable interest rate I might add). All our subsequent attempts to refinance, through either the big banks, the local credit unions or by answering those unsolicited mortgage broker flyers telling me that “I have been pre-approved”, were all eventually met with “I am sorry, but you just don’t have enough history in the US”. Sean and his team were different. He told me that he expected there will be difficulties, but there were several options available and he will do his very best to find the best solution for us. Indeed Sean and his team did exactly that, and kept me informed throughout the entire process (which was key, as when one of the potential underwriter decided to drop out at the last moment, Cathy, a member of his capable team, immediately informed me of this unfortunate decision and cancelled the home appraisal that was scheduled for the very same day!). So Global Mortgage did what was deemed “impossible” by others, and we could not be happier. They have a customer in me for life, and I can not give a higher recommendation.” – Austin Chenv

THANK YOU, GLOBAL MORTGAGE, FOR YOUR PROFESSIONALISM, DEDICATION AND OUTSTANDING CUSTOMER SERVICE!


“Once again Global Mortgage has come through for us. Not only were they able to assist us in refinancing our condo last November 2016 to get a better interest rate; they were also able to get us approved for a new home, AND we were able to turn our condo into a rental property!! Global Mortgage has played a huge part in helping us plan for our future retirement. Matt, Aryn and Sarah worked together, as a team, to make our dream of owning a home come true. Thank you, Global Mortgage, for your professionalism, dedication and outstanding customer service!”  – John W.

MATT & SARAH MADE OUR EXPERIENCE RATHER PAINLESS


“After opting to go with GLOBAL MORTGAGE to Refinance our home, we discovered that because we went with the HERO Program to install Solar Panels, a lot of Lenders choose not to underwrite a mortgage loan. This is primarily because HERO takes 1st-Lien position over the Lender, thru Property Taxes! Major Kudo’s to Matt & Sarah for navigating us thru this mess with HERO, and pairing us up with a Lender that allowed us to payoff HERO and lower our Interest Rate in the process. This is our 1st-Time going thru a Mortgage Broker, as opposed to a Bank, and needless to say … Matt & Sarah made our experience rather painless, with a cost-effective closing cost of $360. That’s right, Three Hundred Sixty dollars! WOW!! If you’re wondering why GLOBAL MORTGAGE has so many 5-Star Reviews? It’s because they’re on it, doggone it !!!”  – Kerry H.

I HIGHLY RECOMMEND THEM

“Sean and Aryn were great to work with, including dealing with a last minute job change during closing……Yikes! After being passed on by a number of the larger lenders, Sean and Aryn were able to put a solution together that met our needs and more. I highly recommend them.” – Jon Ruth

SEAN COURTNEY AND HIS STAFF AS EXTREMELY HARD WORKING


“I have had the pleasure of working with Global Mortgage for the last few years, and have come to know Sean Courtney and his staff as extremely hard working, professional, and very knowledgeable. Sean and his staff look out for their clients’ best interests and strive to do the best job possible.”  – Steve S. 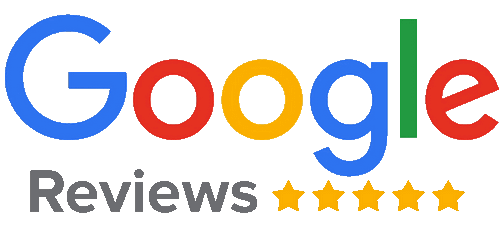 Based on over 200 reviews

Great communication from day 1. Sean and his team kept me up to date on everything happening with my loan and were patient with me and all my questions. I couldn’t have asked for a better experience.

Jamie and his group are incredible! Simple process that they guide you through every step. I have refied through them several times and would not go through anyone else. Great company.

Hands down the best mortgage company I’ve worked with. If you want speed in closing, fast communication, no runaround, and the entire loan process buttoned up front to back, then look no further.

We work with and for our clients to provide them the best mortgage options to help them achieve and maintain home ownership. 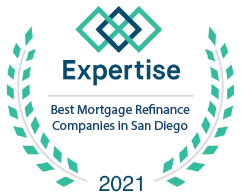 Community Mortgage, Inc. is an Equal Housing Lender. As prohibited by federal law, we do not engage in business practices that discriminate on the basis of race, color, religion, national origin, sex, marital status, age, because all or part of your income may be derived from any public assistance program, or because you have, in good faith, exercised any right under the Consumer Credit Protection Act. Disclaimer: Programs subject to change without notice. All borrowers must qualify per program guidelines